Blog - Latest News
You are here: Home / Blog / The morning I took the kids to the pool 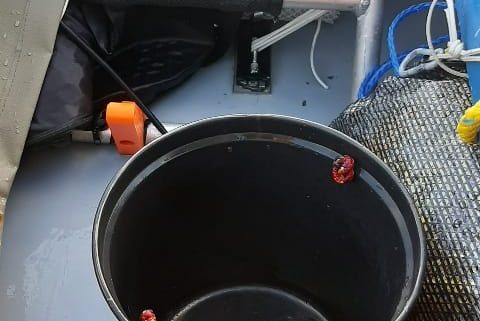 An extract from Life on Osiyeza, by Richard Kohler

These blogs are snippets of my life, living onboard Osiyeza while trying to paddle across an ocean.

All too often social conversation stoops down to the gutter with toilet talk especially after a few drinks. 🍻 Well in certain circles its known to go all the way down to Lucifers basement but I won’t do that to you.

A true story, a black bucket story titled “The morning I took the kids to the pool.”

Reader beware 💩 feel free to skip this one! Really you can and probably should.

It was a typical morning like many before. Perhaps the swell was a little more restless than most mornings but there comes that time when you find yourself with no other thoughts other than I must drop the kids off at the pool.

For many that moment arrives just as you finish that first cup of coffee. This morning was no different.

Timing is critical. Over many years we have somehow developed a 7th sense. That sense of knowing exactly how much time you have from that moment until drop off time. Some days you have a bit more urgency than others, but your 7th sense gets it right 99.9% of the time.

Preparation and timing on my little Surfski are key to a successful outing. Do I leave the pants below the knees or go without pants? I discovered quickly without is best. Oh and don’t forget to wear the harness because that would be a crappy way to end up overboard (too much? OK.)

I have a strip of plywood the fits across one corner of the cockpit. Making a sort of “D” shape seat with the cockpit rim.

The pool, for those not following is the black bucket, is filled halfway with sea water and placed strategically below the “D”. How simple. Well not quite. Remember the “restless sea”. This means I need to hold on with both hands and things tend to slide about on their own.

I am sure it’s the same for most of us. When there’s a no 2 there’s a no 1 lurking as well. Now the problem with the plank and the human anatomy is only one end is over the pool. The other is hanging over the plank facing the rest of the cockpit. I’ll just say that I had to flush a few buckets of water into the cockpit at the end of the outing to rinse the no 1 and my feet. 🥴

Back to the kids who have been patiently waiting to go for that dip. Who am I to hold back any longer? Into the pool they go.

As a parent you are pretty confident how many kids you brought to the party and in this case I thought so too. Once dads’ taxi was given a quick but thorough valet it was time to toss the kids over the side with the pool water. On doing so I felt cheated. As if I had brought more kids to this pool party than I was sending over the side?

Plank goes back into its storage spot. The black bucket into its home and only then do I spot the naughty kids. The ones who missed the pool casually lying in the cockpit up against the left foot peddle.

Remember that restless sea?  Restless enough that the pool shifted leaving me with a really bad start to the day!