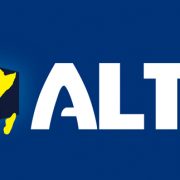 We are proud to announce that ALTSA has been named as the presenting partner for Richard Kohler’s Ocean X odyssey.

Gerhard Moolman, CEO of ALTSA, is no stranger to the demands of the open ocean and is excited to be a main sponsor of Richard’s mammoth expedition of paddling unsupported from Cape Town in an eight-metre paddling torpedo across the Southern Atlantic Ocean to Salvador in Brazil.

“ALTSA will cross oceans for their customers,” says Moolman, who holds the Guinness World Record for the longest distance paddled on a Surfski. Almost 20 years ago, Moolman paddled 6,152km from Hout Bay in South Africa to Lamu in Kenya.

“From one adventurer to another I could identify with Richard’s dream and we at ALTSA are proud to be a presenting partner and help in any way to support Richard’s dream.” he added.

“When I set off on my six-month journey, I knew there were many challenges ahead of me, but I always knew that all the support I had, would allow me to achieve my ultimate goal, which is why I jumped at the opportunity to assist in Richard’s, Ocean X exploits.”

ALTSA is a leading outdoor and indoor LED lighting solutions provider based in sub-Saharan Africa and the largest lighting exchange company in South Africa. ALTSA is where innovation meets the cutting edge of lighting design.

Richard Kohler is scheduled to leave in early-2021 on an unsupported paddle in aid of raising funds for his charity of choice, Operation Smile. Sailing has always been in his blood, and he began his journey at the age of six, and has sailed at international level, including the 2007 Americas Cup for South Africa aboard the Shosholoza.

We look forward to Richard successfully completing the experience, with local corporate partners like ALTSA joining the team and being able to witness first-hand the real effect of their efforts to raise awareness and funding for this great initiative. 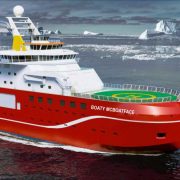 Back in 2016, Britain’s Natural Environment Research Council introduced a public contest to name a new ship. That plan backfired with voters overwhelmingly supporting a name that a British radio presenter submitted, Boaty McBoatface. Since then we have had Ferry McFerryface, Trainy McTrainface and even Horsy McHorseface and no one has gone so far to ask the public to name a boat since.

Until now…it’s South African’s turn and I am putting it in your very capable hands so don’t let me down. Now you can help choose a name for the kayak. Here’s the catch though, I will select the top three names which the public will then vote on, so we won’t be naming this vessel Kayak McKayakface 🙂

How to enter: Fill out the form on Cape Town Etc website here

The three names will be posted on Cape Town Etc’s website and social media chan
nels for everyone to vote. The person who submitted the winning name will win an exclusive experience with mwah, including an invite to the launch and the naming of the kayak, as well as an invite to the departure at the end of January – and a paddle on the boat in Cape Town before I leave.
Prize details: